In the previous article we learned how to quickly collect all used in the project DLL-libraries. And now it is time to talk about how to build an installer for OS Windows. For a long time I use quite comfortable opensource tool called InnoSetup, which allows just a few clicks to collect a multilingual installer.

The installer utility is going from a script, you can write to blows, or use a script to create the script. The second embodiment is sufficiently effective and easier.

Step one. Running the build script

To run the script, go to the menu and choose to create a new one: File > New or combination of keys Ctrl + N. 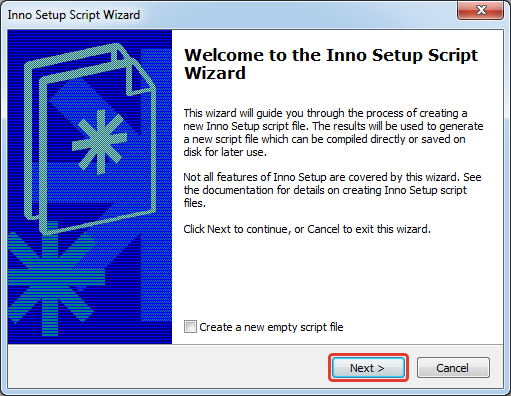