The pointer can not only fulfill a fixed phase shift and mismatch clock multiplexer clocked device, from which the user data is received. To compensate for this effect, the index value is periodically incremented or decremented.

Positive alignment - The pointer is incremented by one, reflecting the delay start of the next container VC-4, three bytes. 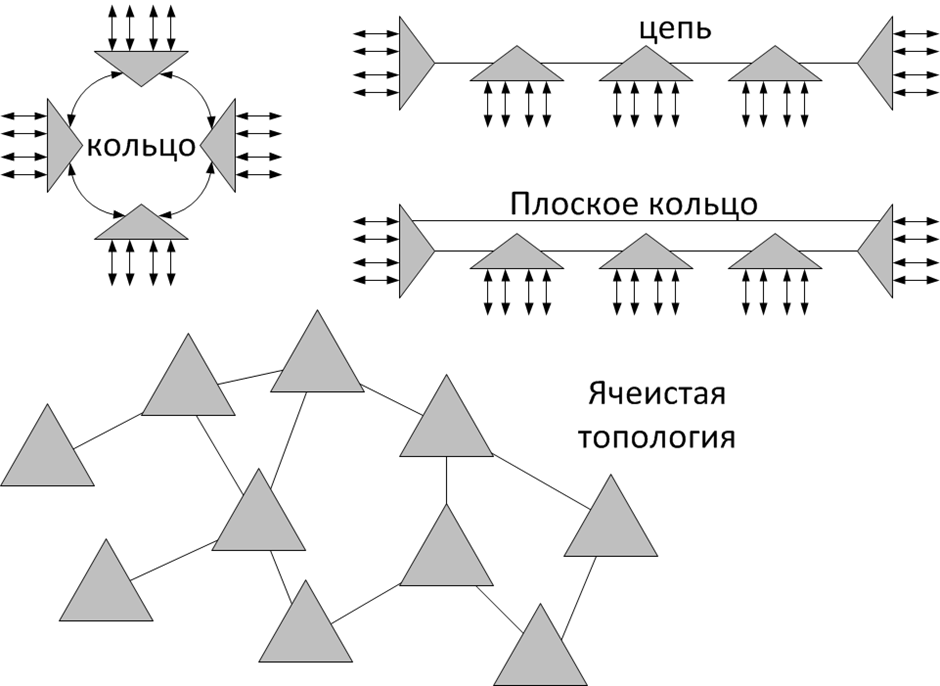 In SDH the term in the automatic protection switching (Automatic Protection Switching, APS) is used as a generic name of fault tolerance mechanisms. Usually, this mechanism is realized through the following types of backup:

Sub-Network Connection Protection, SNC-P - that there is a protection path (connection) through the network for a particular virtual container allows the user to switch a specific connection to an alternate path in case of failure of the main road.

The new generation of SDH protocols

With the development of Internet information transmission system began reorienting the process to voice traffic on a computer, but the existing SDH systems were not friendly enough for this type of traffic with speeds 10/100/1000/10000 hierarchy.

As a result, the organization of ITU-T has developed several standards that make up the so-called new generation SDH technology (SDH Next Generation, or SDH NG). These standards do SDH technology more friendly to computer data.

This mechanism has been developed for more efficient transmission of traffic ATM network; it allows to join several containers VC-4 at a rate of 140 Mbit / s into one container at a higher data rate. The coefficient of multiplicity association VC-4 containers in an adjacent concatenation mechanism can be set to 4,16,64 or 256 that can be used for the transmission of several combined (concatenated) VC-4 containers in the STM-4 frames, STM-16, STM-64, or STM-256

Virtual Concatenation allows much more efficient spending capacity SDH network with Ethernet traffic transmission. For example, to transmit one stream of Fast Ethernet 100 Mb / s, STM-16, the network can use a virtual concatenation of VC-12-46v, which provides bandwidth for user data 100,096 Mbit / s (i.e., gives an almost 100-percent loading of the combined container ) and the remaining 206 containers VC-12 (STM-4 frame accommodates 63 x 4 = 252 VC-12 containers) for use as a Fast Ethernet transmission of other flows, and to transfer voice traffic.

Driving dynamic change line capacity (Link CapacityAdjustment Scheme, LCAS) is in addition to the mechanism of virtual concatenation. This arrangement allows the initial multiplexer, ie the one that generates the combined container dynamically change its capacity by connecting to it or disconnecting from it a virtual containers. In order to achieve the desired effect, the source sends a final multiplexer multiplexer special service message, a notification of change in the composition of the combined container.

The general procedure for data encapsulation