The main goals of SDH developers were: 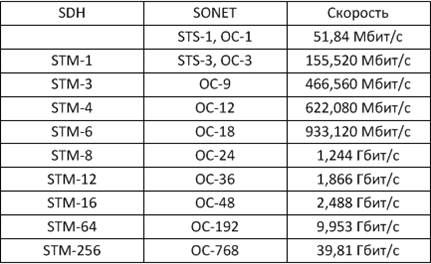 Hierarchy SDH speeds originally developed with the expectation that the smallest SDH frame, i.e. STM-1 was able to transmit the largest frame PDH in the European version. In this multiplexing scheme takes into account both the packaging streams T1 to T3, so E1 to E3 streams. 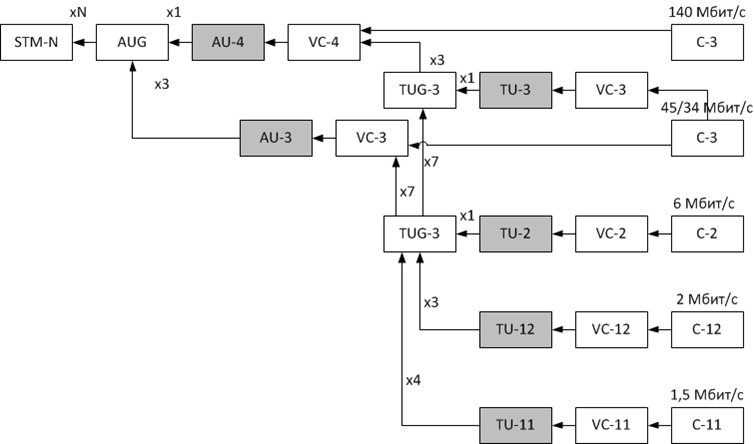 In addition to the blocks of data in the PDH virtual container is put some more official information, in particular the title path (Path OverHead, RON). AU and TU also contain additional header with a pointer that points to the beginning of the payload in the VC. This index allows to combine in a single network SDH and synchronous nature of the asynchronous nature of PDH.

It is thanks to the system of indicators multiplexer is the position of the user data in a synchronous byte stream STM-N frames and "on the fly" removes them out, then the multiplexing mechanism used in of PDH, does not allow. Therefore in communication lines that are based on SDH networks greatly reduces the amount of active equipment, because the costs of recovery of the user channel from the total flux is significantly lower than in the networks of PDH.

Multiplexers SDH networks are divided into: 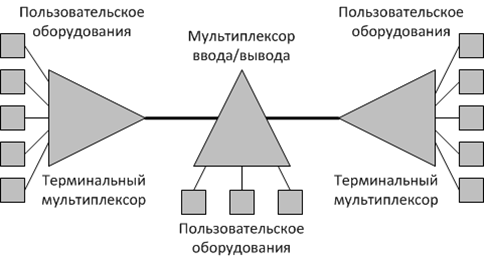 SDH protocol stack is composed of protocol 4 levels. These levels did not correlate with the levels of the OSI model, for which the entire network SDH equipment is represented as a physical layer. 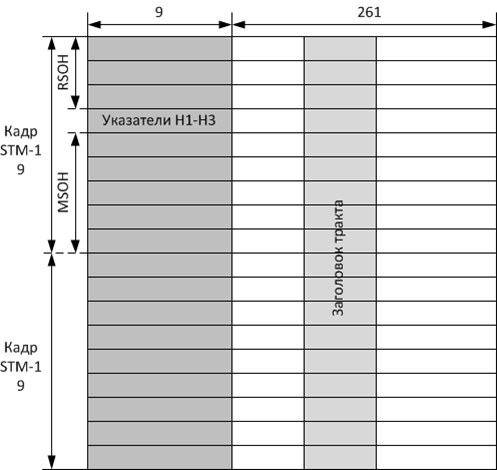 Frame typically in the form of a matrix consisting of 270 columns and 9 rows.

The first 9 bytes of each row are reserved for overhead data header of the next 261 bytes 260 are reserved for the payload (data structures such as AUG, AU, TUG, TU and VC), and one byte of each string - a tract header, allowing control Connect "from end to end."