Corporate Network - a network whose primary purpose is to maintain the operation of a particular enterprise that owns this network. Corporate network users are the only employees of the company.

In contrast to the prodier networks, enterprise networks, in general, do not render services to third parties or users.

A common goal of building a three-tier network architecture model proposed by Cisco. In this model include the following levels:

In reality there is a corresponding network variants of this model, and networking options in which one level of functionality may combine two networks simultaneously. 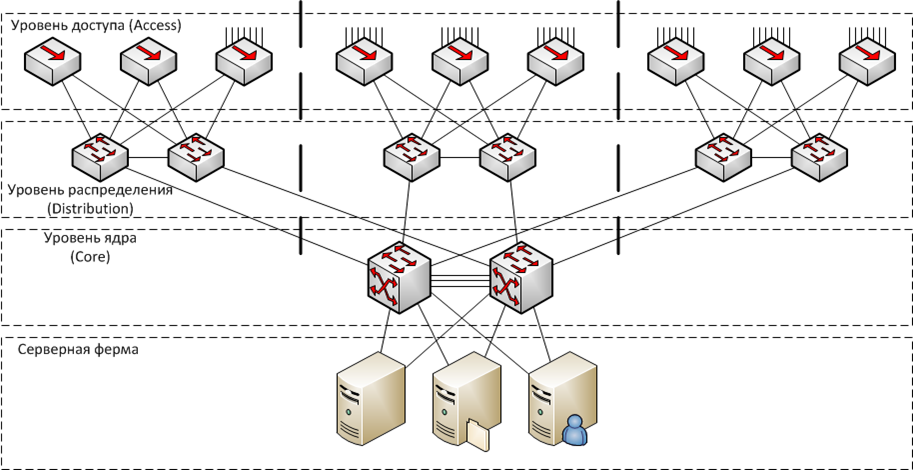 Departament networks — this network, which uses a relatively small group of employees in one department of the company. These employees solve some common tasks, such as accounting or are engaged in marketing. It is believed that the team can have up to 100-150 employees. 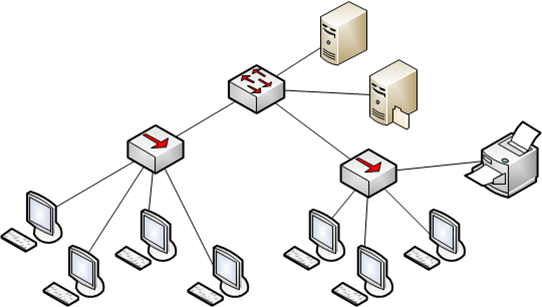 The main purpose of the network card is a division of local resources, such as applications, data, laser printers, and modems. Typically, departments network is divided into subnets, and they include one or two file servers. In these networks, localized most of the enterprise traffic.

The tasks of network administration at the department are relatively simple, so small businesses can perform these tasks is one of the employees of the department, which is not part of the personnel management of data networks, but possessing sufficient level of knowledge in this area.

Network administration tasks on the department level, the following:

There is another type of network, close to the network divisions - network workgroups. These networks include very small networks with up to 10-20 computers. Features networks working groups do not differ from those described characteristics of the departments networks. Properties such as the simplicity and uniformity network, there occur the most, whereas the network units are approaching in some cases to the following scale network type - Networks buildings and campuses.

Networks enterprise or corporate networks, differ in that they come to the fore information services.

If network operators may not provide information services, since computers of users are outside their area of responsibility, the corporate network can not afford it. 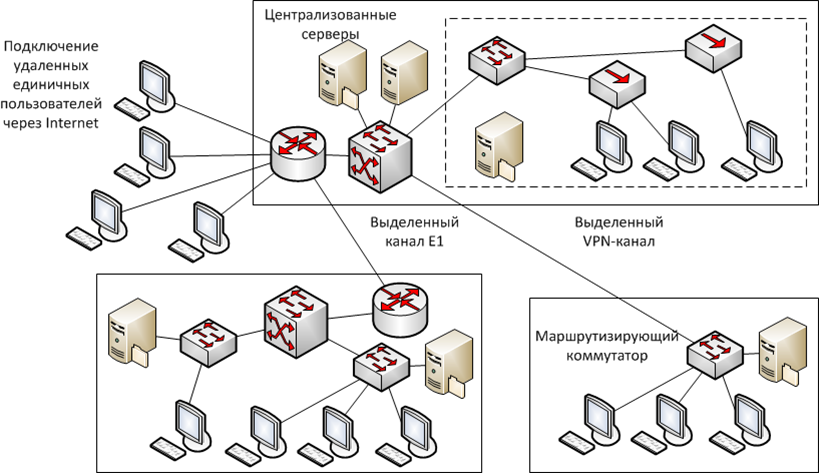