Decomposition of the tasks of networking

Network architecture - a view of the network as a system of interrelated elements, each of which is assigned a specific private function.

In addition, each of the network elements solves a common problem. All common task is broken down into a number of small tasks that solve different network elements, ie one single task is decomposed. The interaction between all network elements through a formalized set of rules, called the protocol. 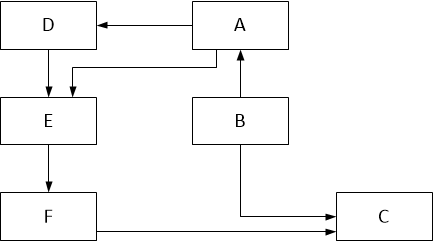 When decomposition of the problem is necessary to clearly define what functionality should have this or that unit, as well as how the interaction between the units will be established.

Even more effective concept, developed the idea of decomposition, it is a multi-level approach. 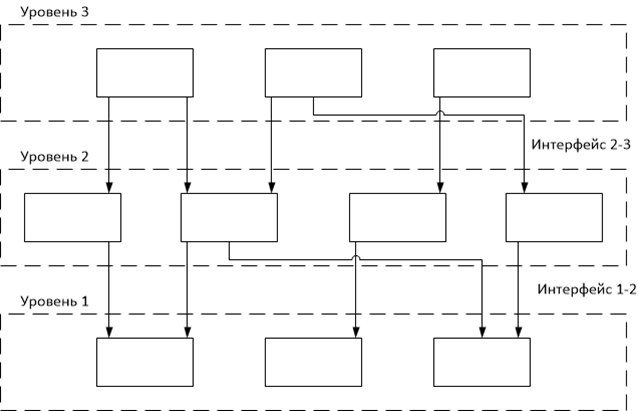 Multilevel approach In a tiered approach, after the task is divided into separate blocks or modules produce sequencing data blocks and modules on levels.

On the one side, a group of modules that make up each level to solve their problems should handle the requests only to the modules of the adjacent lower layer. On the other hand, the results of each of the modules assigned to a certain level can be transmitted only adjacent modules of the overlying levels. Such a hierarchical decomposition of the problem requires a clear definition of the functions and interfaces not only individual modules, but each level.

Interaction between the levels occurs through the cross-layer interface, also referred to as service interface that defines a set of features that provides the lower layer overlying.

Such an approach simplifies the process of developing, testing, and modification of the data network, as developers have to modify only one level, without changing the other higher and lower levels. There is an opportunity to look at the more abstract levels of adjacent and focus only on the flow of input and output data while working on one of the levels.

Multi-level representation means of networking has its own specifics related to the fact that participate in the process of messaging, at least two sides, ie, in this case it is necessary to organize a coordinated work of two hardware and software hierarchies on different computers. 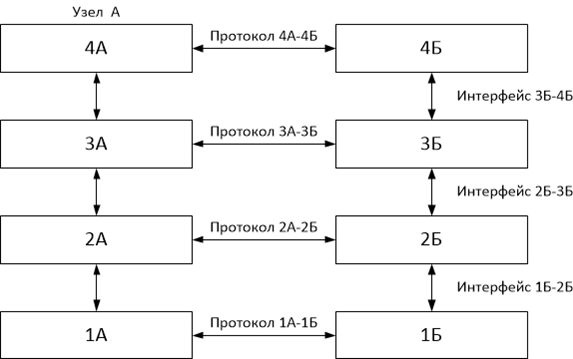 The protocol stack To organize such coordination of two or more hierarchies apply formal set of rules and agreements that reflect the interaction of all units involved in the exchange of information.

The interaction may be either inter-layer, then a formal process of interaction is called a protocol, as well as between the modules of the same level in the node, then this procedure is called interface.

As a result, a hierarchically organized set of protocols sufficient for the organization of interaction of nodes in the network, called a protocol stack.

lower levels of protocols are often implemented a combination of software and hardware, and the protocols of the upper layers, usually in software.