The convenience of developing on Django is not only that it is already a developed Framework with rich functionality, but also the availability of a large number of high-quality batteries (packages) that implement the necessary functionality that it would be quite difficult to write independently, especially if you are developing Site alone.

In the process of more than half a year's development of the site on the COM domain, it was just such a package that greatly facilitates life and accelerates the development:

CKEditor is a WYSIWYG HTML text editor with a lot of plug-ins. It was the first battery I added to the site. Because articles are more convenient to write with the help of the editor, and not take into account all the necessary layout, prescribing all the tags. 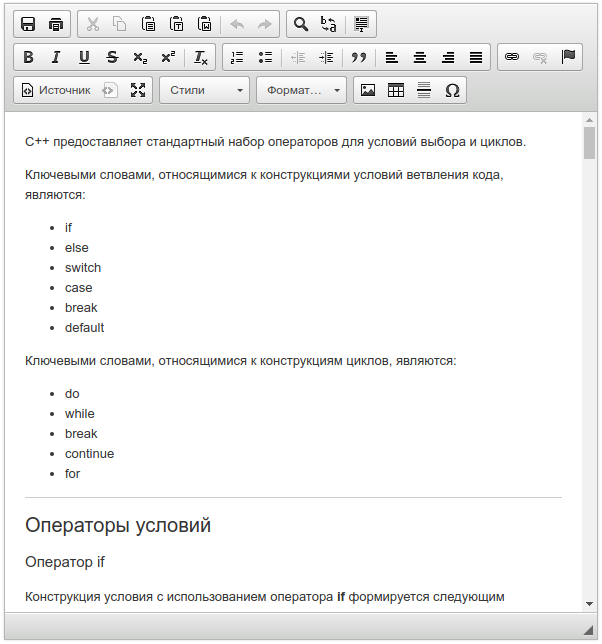 Also, in addition to editing CKEditor provides the ability to upload images.

But in the future I plan to remove the use of CKEditor on the site. This is due to a few points that I do not like in his work:

Summarize. CKEditor is indispensable for the initial launch of a site where text editing is required, but when developing a resource, especially if there are big plans, it is worthwhile to think about writing your own editor and to abandon CKEditor.

With the proliferation of content on the site, management and finding the right information becomes difficult. Therefore, auto-completion for fields in forms becomes irreplaceable. The most useful battery for such a functional is django-autocomplite-light . 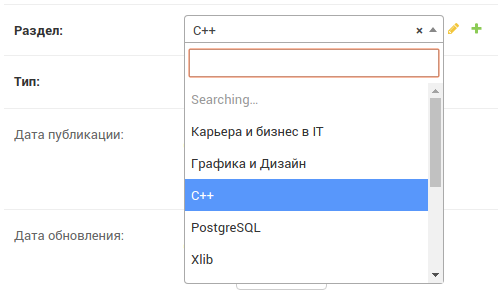 This battery allows you to use auto-completion for:

In this case, you can use this autocomplete not only in the Admin panel, but also on the normal pages of the site.

Do you miss the tag system site? Then you need django-tagging. Particularly well, its power is revealed when used with django-autocomplite-light, which supports TagField from django-tagging, allowing you to offer tags when filling out the tag field, and automatically create missing tags.

For a long time, my hands did not reach me to make a complete tag system, and this battery saved the situation literally in one evening.

The site has been added a system of tags for Articles and Questions on the forum, which in forms looks like this:

In this image, you can see the tag field from the django-tagging battery using a field of django-autocomplite-light.

This battery provides a set of template tags for more concise writing of templates using Bootstrap 3. After a six-month use of this battery, I have an opinion that not all functionality makes sense to use. For example, adding icons through this module is just an additional load on the site. It is much better to write a html code with these icons in mind. But at the same time this module is convenient for creating forms and pagination.

The site presents several articles on the use of django-bootstrap3:

To create content in several languages, you can either add columns for each language in the data models yourself, or use a battery that will automatically add all the necessary fields and automatically provide the necessary column depending on the current language that the user has chosen. For this purpose, django-modeltranslation is appropriate.

It creates to the main column an additional column for each language that is used on the site. The templates will automatically select the required language.

This is a very small module, with which you can add filtering by date range to the admin panel of the site. By default, this functionality is not provided in Django, which is very strange. 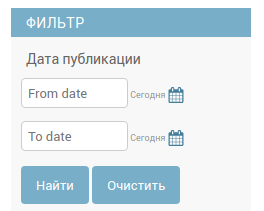 An additional field that adds validation to the entered phone number. You can use it in contacts in the user profile, contact form, etc.

This is the most interesting battery for Django. In fact, this is an additional Framework for Django, which adds advanced features:

At the moment, the use of this framework on the site is not great, but with the increase in functionality, working through AJAX will grow.

For Django I recommend VDS-server of Timeweb hoster .

Hello Evgenij, regarding the online installer, I've tried many times to use web host for the created repo after repogen step. I tried using github but I found people talking it is not …

Спасибо.
Now discuss on the forum