In that case, if you need to unload the table data from an application to a CSV file, the interface is more and is written in the QML, then hasten to this article, to give a little hint.

For example, in an article on work with SQLite database in the annex to the QML database was created, to which is added the data and removed from it. At the same time they appear in the TableView, which was already part of the interface written in QML. And to display the table used by the data model to inherit from QSqlQueryModel .

I propose to use the source code of the project and expand it so that there was a button in the application to export data to a CSV file.

What is a CSV format

CSV ( Comma-Separated Values ) — text format for presenting tabular data. Each line of the file - this is one line of the table. The values of individual columns are separated by a separating character (delimiter) - a comma (,). However, most of the programs is free treats CSV standard and allow the use of other characters as the delimiter.

In general, the essence of the work is reduced to ensure a method to our data model that will pull data from this model and a semicolon each cell in the row, and each row share a newline character "\ n".

Writing method to export the table to a CSV file

In the header file of our project to add a new method, respectively, for export and another method that will return the number of rows in the data model. Method to export the data as a slot declare it to be accessible from QML layer.

Now Let us examine a method to export data to a CSV file, which will take part above the resulted method of obtaining the number of rows in the table.

Well, in order that this case could start by adding rowLayout file main.qml button, by pressing which will start exporting data from a table to a CSV file.

As a result, the updated application code from the last article will allow you to save the data from the table to a CSV file. 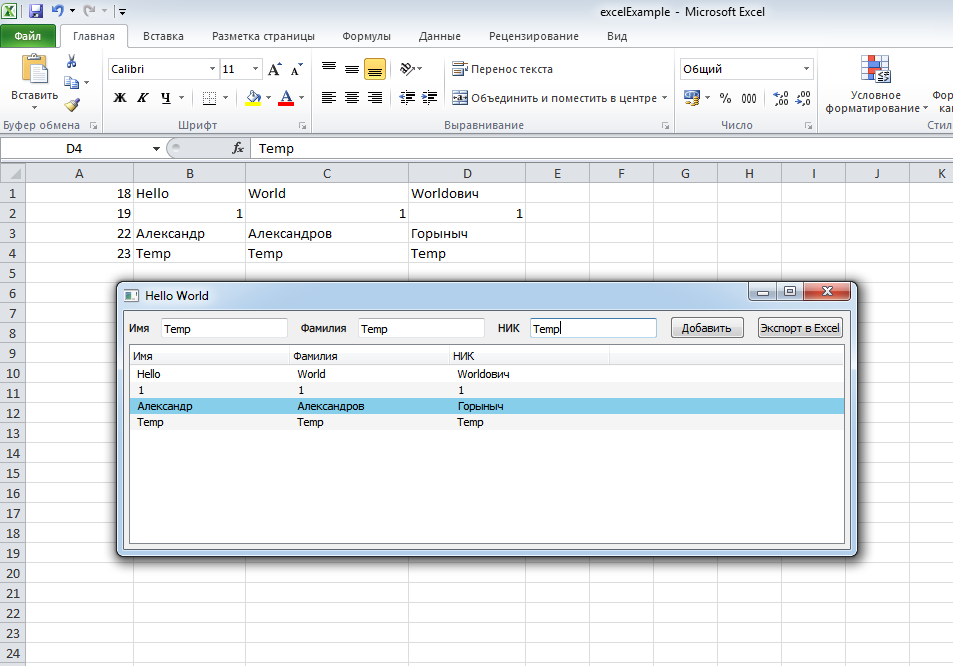